Terror Attack: Why of all places, Jaipur? 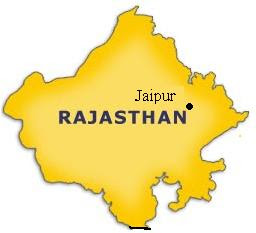 In a tragic yet surprising development, serial bomb blasts occurred at half-a-dozen places in Jaipur causing nearly 65 deaths on Tuesday evening. The blasts occurred in crowded market places in the Walled City.

The first blast was reported at around 7:15 pm. The Hawa Mahal, Manak Chowk, Johri Bazar, Tripolia areas in the heart of the Pink City were targeted. Within half-an-hour, the blasts took place one after the other, causing injuries to almost 100 persons.

But the obvious question is: Why Jaipur? Is it that the terrorists want to target places that were not considered vulnerable until now. Though Ajmer, another town of Rajasthan was targeted in the past, the blasts in Jaipur still come as a surprise.

Ajmer is well-known for the Sufi shrine of Khawaja Moinuddin Chishti. Due to the large number of Hindu and Muslim devotees who come to Ajmer, this is a major pilgrimage centre. But Jaipur!

Hyderabad, Mumbai, Lucknow, Kolkata, Delhi and cities with a history of communal clashes are targeted so that there is Hindu-Muslim tension and the aim of the anti-national forces is to create such divide. Seems, there strategy is now to target new Cities.

Jaipur is one of the foremost symbol of India's cultural heritage. Lakhs of tourists come to the Pink City every year and Rajasthan is the face of Indian tourism worldwide, along with Agra. The anti-national forces must have been desperate as there was no major communal or casteist issue in the country for long.

And thus came this attack. The incident is serious in magnitude and of grace concern because it was not a solitary blast. There was a series of blasts that took place in the City including a car bomb blast. Let's hope that our security agencies nail the culprits in this case.
Posted by Hindustani at 07:55